Cross-platform or native mobile app development? Pros, cons, and how to choose

John owns SafePizza, a contact-free food delivery startup. In 2020 his team launched an iOS app which gained thousands of users in the first three months of the pandemic. But many people with Android devices couldn’t use the app. SafePizza is written in Swift, and hiring another team to develop the Android version from scratch would be too expensive.

But first of all, why is it native?

Imagine that you have to talk to a native Spanish speaker and you learn Spanish to do it. And if you have to talk to a French person, you learn their language as well. This is how native mobile app development works: you speak every platform’s native “language”. For iOS it’s Swift, for Android it’s Kotlin, and for web browsers it’s JavaScript. 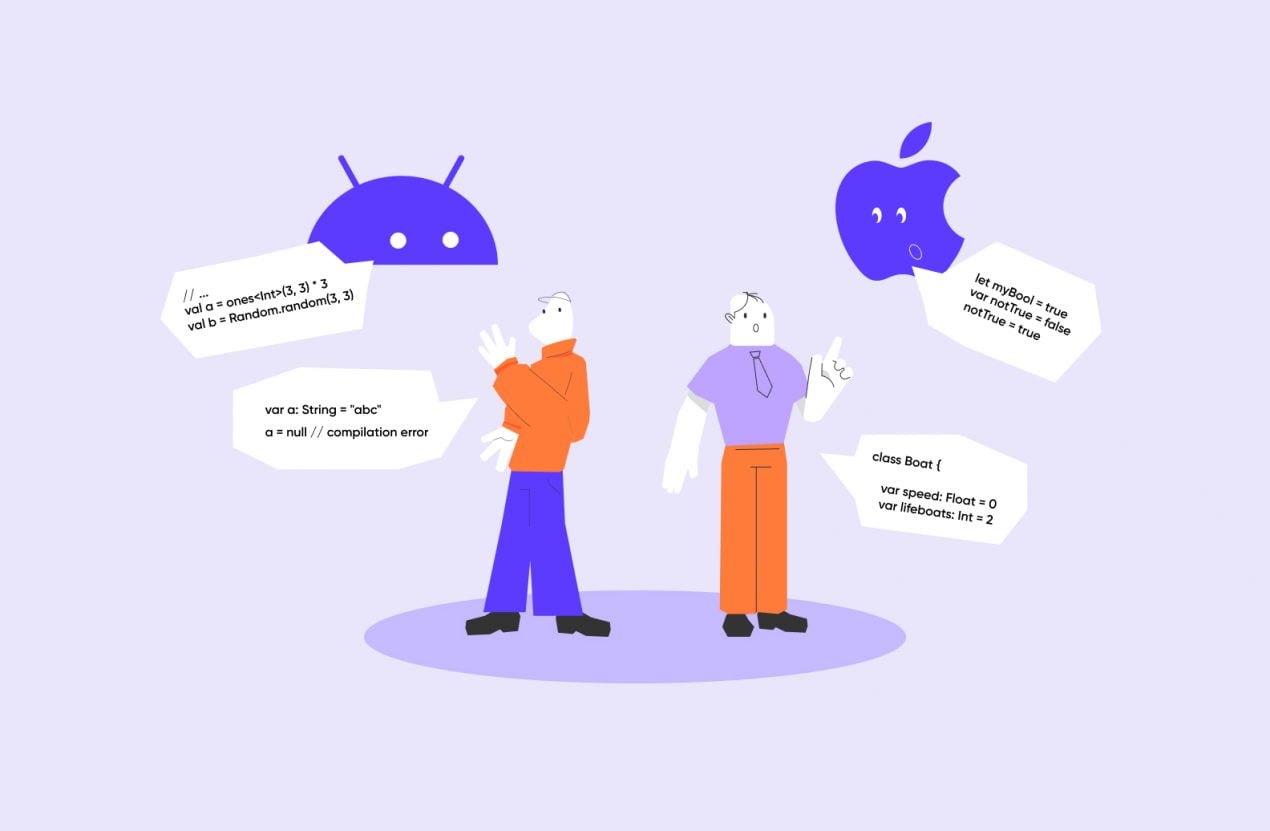 If you have a smartphone, you use at least one native mobile app every day. Let’s take a look at some prominent examples:

Since the code you write is native to the platform, it ‘understands’ you better and faster. Let’s look at the key advantages of native mobile app development.

Higher performance. Native apps are more stable and responsive, and they lag less often and take less time to download.

AR/VR integration. If you’re working on an AR-based mobile game or a virtual reality app, native development is the only feasible option for now.

More room for innovations. Building an innovative app with unique logic is easier if you go native. You still can do it with cross-platform frameworks but even React Native has a limited set of ready-made solutions — all your unique elements have to be coded in native languages. 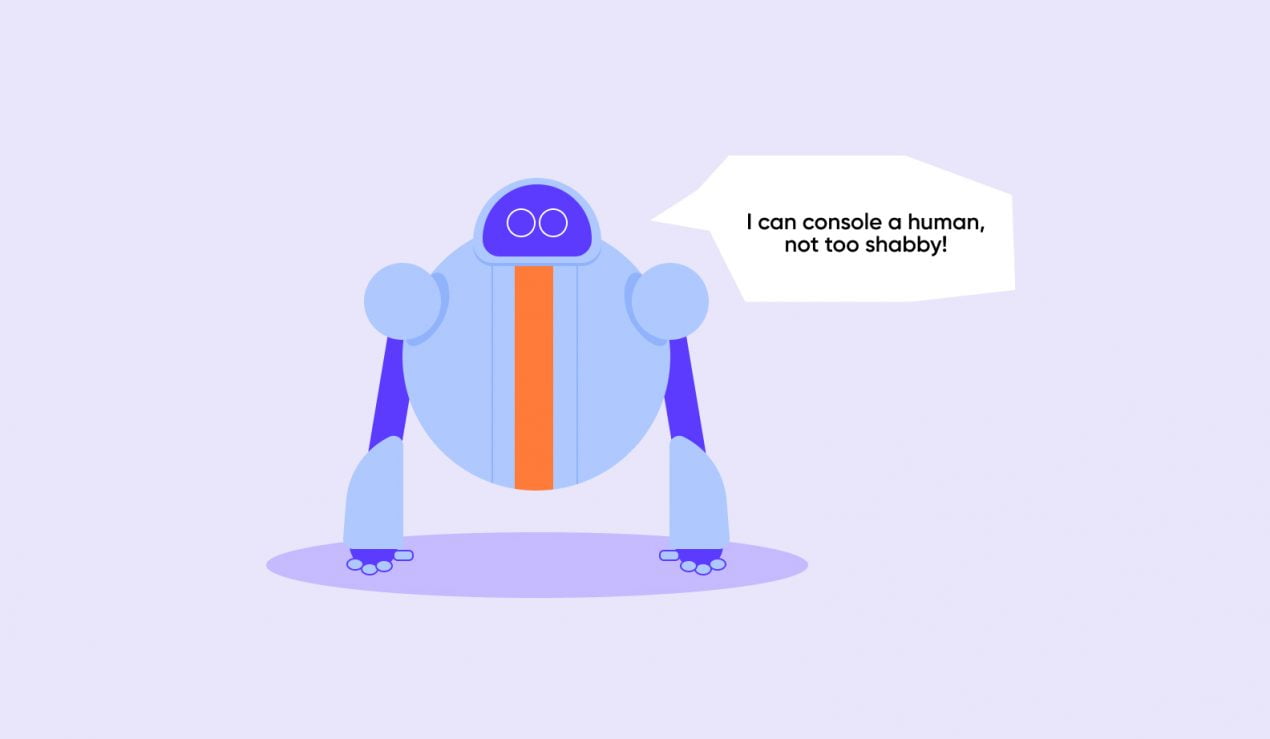 Development time. It depends on your project’s complexity but it takes up to 9 months to develop a native app for just one platform.

Development cost. To make your native app available to a wider audience, you need to hire two teams that will work on separate codebases. Even worse, you’ll spend a fortune on salaries — on average, Swift developers make $7000https://www.salary.com/research/salary/posting/swift-developer-salary a month.

Harder maintenance. You have to test and update two separate codebases consistently with hardware updates, which means more time and more money to spend on separate QA teams.

Financial risks. No one guarantees that people will buy your app no matter how you build it. But with native apps possible financial losses are higher since they require more investments. And it might not even be your fault — the app fatiguehttps://clevertap.com/blog/app-fatigue/ phenomenon is real.

READ MORE  How to choose a contractor: outsourcing app development

Imagine that you have to talk to a native Spanish speaker but you don’t feel like learning Spanish. They don’t speak your native language, you don’t speak theirs either — but you both speak English, so you still can hold a conversation. And if you need to talk to a French person, you can use English as well.

This is how cross-platform app development works. You don’t use the platform’s native programming language, but instead you use one codebase that can be “understood” by all platforms.

Cross-platform development is often associated with MVPs or very simple apps with limited functionality — but even huge corporations choose this approach to save time:

Most advantages of cross-platform app development come from code reusability. Let’s take a look at its key benefits.

Faster development. Since all platforms use the same codebase, you work on all versions simultaneously. This allows you to cut the time to market down to 3-4 months.

Cheaper development. You save money on human resources because you hire one team to work on all versions.

Wider audience. If you want to spend less on a native mobile app, you have to choose one platform that is more popular among your target audience. With cross-platform app development, you don’t have to choose thanks to lower initial cost — you make a product available to more people while staying on a budget. 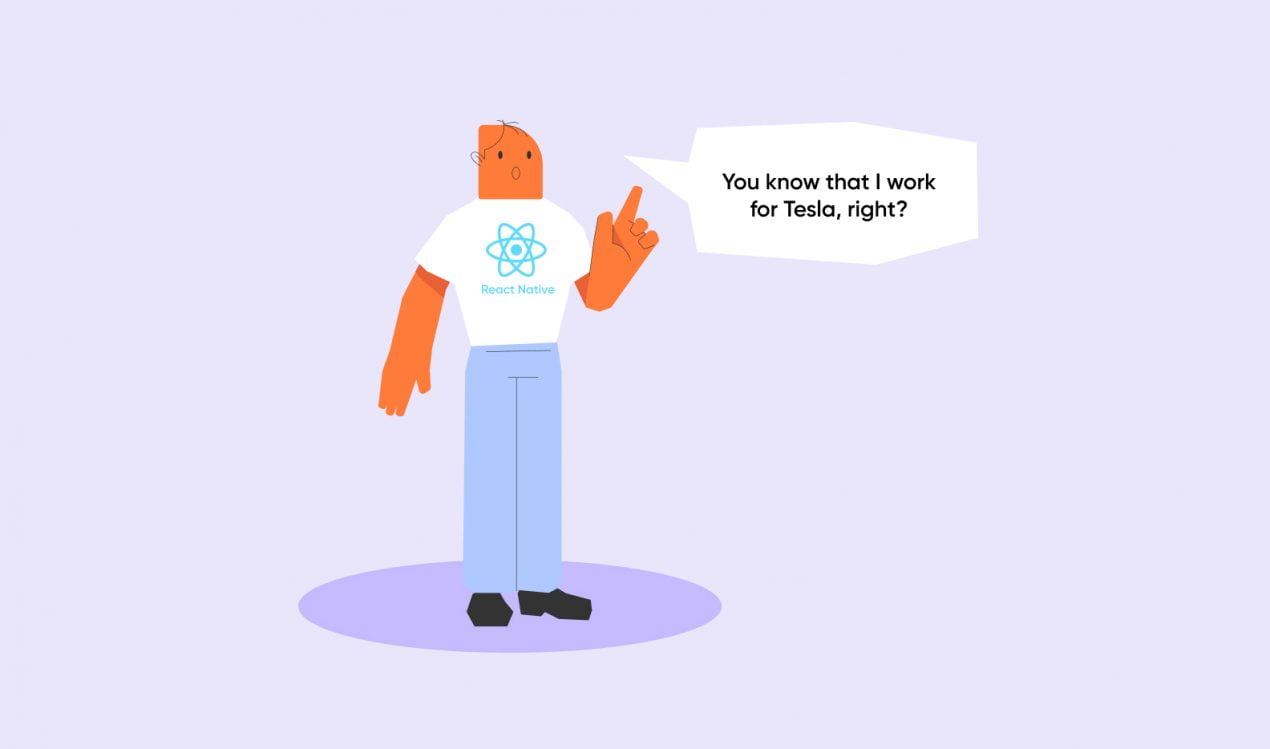 Still not native-free. Codebase is not entirely reusable — you still have to do native adjustments and use native languages for complex features.

Harder QA. You have to make sure that your app works well on all platforms, which is why testing takes more time.

Harder to update. New versions of mobile operating systems often come with new features — but you can’t add them to your app until they are implemented in your cross-platform framework. This issue is especially crucial for Android since it updates more often.

But which one is better?

Let’s get back to John and his foodtech app. In his case native app development was a wrong decision — but it doesn’t mean everyone should go cross-platform.

Meet Jane. She owns Planty. Her app is a huge database of plants and mushrooms with an image recognition AI and a cute 3D mascot that answers your questions like “Is this mushroom edible?” and appears on the screen as you take pictures of plants you can’t identify. Jane wanted to cut her time to market, which is why she decided to build Planty with Flutter. But AI, augmented reality, and complex mascot animations were too much. Despite the innovative idea, Planty’s app store ratings weren’t higher than 2.6, and Jane kept getting bad reviews about incorrect plant recognition and performance lags. In the end, Jane ran out of money and had to ditch the whole project. 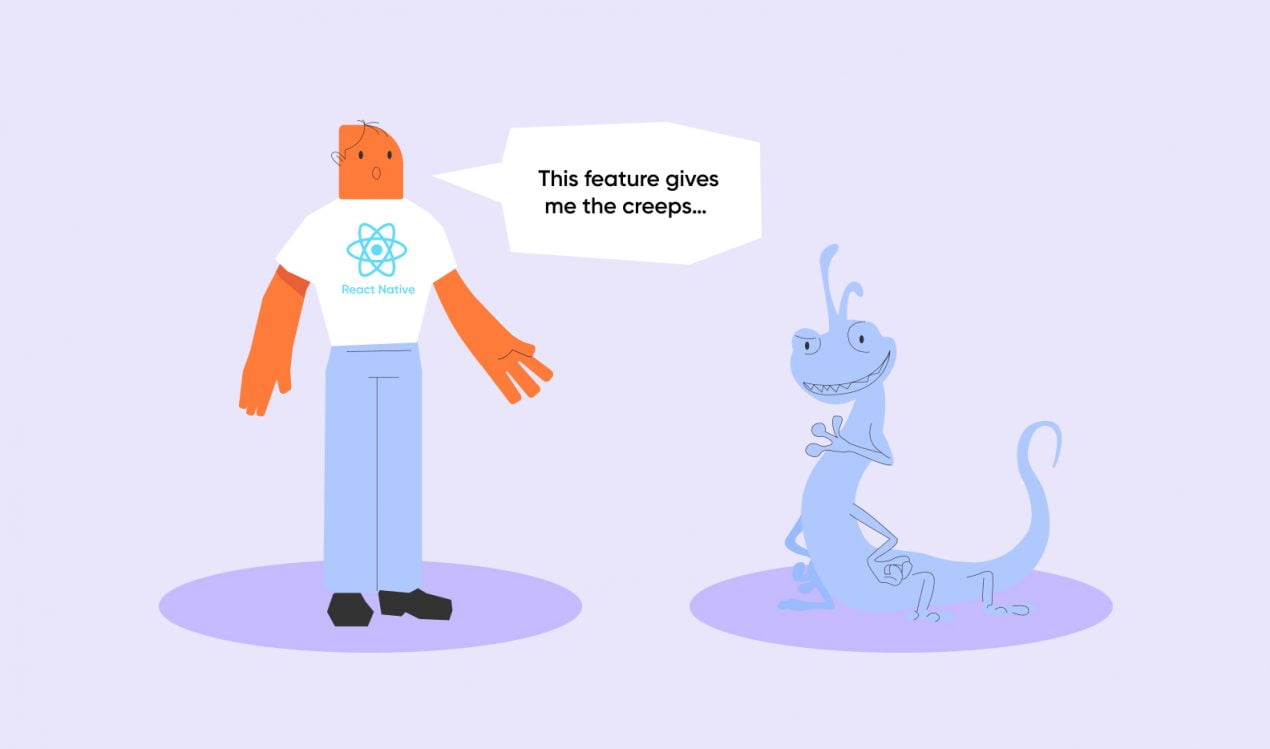 Jane’s feature creep project was too overloaded for cross-platform development. And John spent too much on a simple delivery app. But the complexity of your project is not the only choice criterion. Here are a few things you should consider before making a decision.

Budget. Native mobile app development is more expensive — you need to hire two teams to build an app both for iOS and Android. The only way to save money on a native mobile app is to stick to one platform. That’s why if you can’t spend a fortune on development, consider going cross-platform.

Desirable time to market. If you’re working on an MVP, you need to hurry. You don’t have a year to spend on development — in this case cross-platform frameworks are a better option. Not only it allows you to release the product earlier but also spending a fortune on a native MVP is an overkill.

Innovations. If you’re building a unique app with complex logic, you still can do it with React Native but it will be harder and take more time. In this case you build all your unique features natively and integrate them with your cross-platform framework later.

Technologies. Instruments like Viro React allow you to build cross-platform VR apps — but native VR has less performance lags. So, if your app uses virtual or augmented reality, native languages are a better option.

So, let the fight begin?

There is no resolution in the “native vs cross-platform mobile app development” battle. If you ask which one is better, the only correct answer is “better for whom?”. Look at your own situation and answer these questions to make a decision:

John and Jane learned from their mistakes. John ditched the idea of hiring a team of Android developers and rebuilt SafePizza with React Native. Jane still struggles with money, which is why she collaborated with John to make a simple cross-platform app with recipes for people struggling with long COVID. But she still likes the concept of Planty and considers building a native mobile app development company after her financial recovery.

John and Jane are just placeholders — Purrweb works with real people. We chose cross-platform development so you could test your MVP on a larger market in just 3 months. We take care of every project from idea to app store. And yes, you still can decide if we should use Open Sans or Roboto for the main menu.

We’ll be happy to work on your project — tell us about your future app in the contact form below.