The difference between UX and UI design

UI and UX are often placed together in a single term (e.g. UI/UX, UI-UX, or UI & UX), which gives rise to the common misunderstanding that these terms are interchangeable or describe the same thing. How can UI/UX agencies help you in developing top-notch design? Let’s find the answer and bring an end to this problem once and for all.

The difference between UX and UI at a closer look

Let’s see what’s behind both parts.

UX determines the logic of a product and how it feels when people interact. The user-centered design stems from carrying out competitor research and sizing up user needs. These activities help designers find the most flexible solution for user problems and build an interface structure and prototypes.

Main difference between UX and UI: UX is about usability, UI determines the look

UI is focused on the look and layout. Designers keep themselves updated on design trends and patterns to make a product aesthetic and eye-pleasing. They decide on colors and fonts, create each graphic element, and may get involved in developing a logo and other brand-relating elements — thus they create brand integrity. In prototyping, UI serves to assure interactivity (the comfort of using a product on different devices).

As you can see, when we’re talking about the difference between UX and UI, we touch upon the work processes. That’s it. They still serve the same purpose.

UX and UI work together: in terms of MVP development

UX and UI have the same aim — that’s why they work by joint efforts. During the whole design process, UX and UI cooperate and team up. Working and at the same time appealing and smooth interface is the result of mixing analytics and visual.

Partnership is based on mutual trust and understanding

UX is going into battle

First off, designers define the target audience and their goals, analyze market data, and conduct competitor analysis to create solutions that enhance the user experience at every touchpoint.

It’s important to deal with UX research at the very beginning. The data built upon them allows a team to create a highly sought and thorough product. What is the point of releasing something that is just like existing ones? No one’s gonna use it. The same is the case for developing a product that doesn’t solve any of the user’s problems.

After conducting research and analysis, UI/UX designers devise Information Architecture (the plan of screen hierarchy and navigation). Once the IA is created, they move on to sketching low-fidelity wireframes to illustrate elements, content, and user interactions. These wireframes are then transformed into raw prototypes with no UI: they use so-called placeholders instead of eventual illustrations and buttons).

At this stage, UI/UX designers have a lot to do: briefs, mood boards, references, personas, scenarios, flows… So, in most cases, UI/UX design team members help each other, paying no attention to the difference between UI and UX. 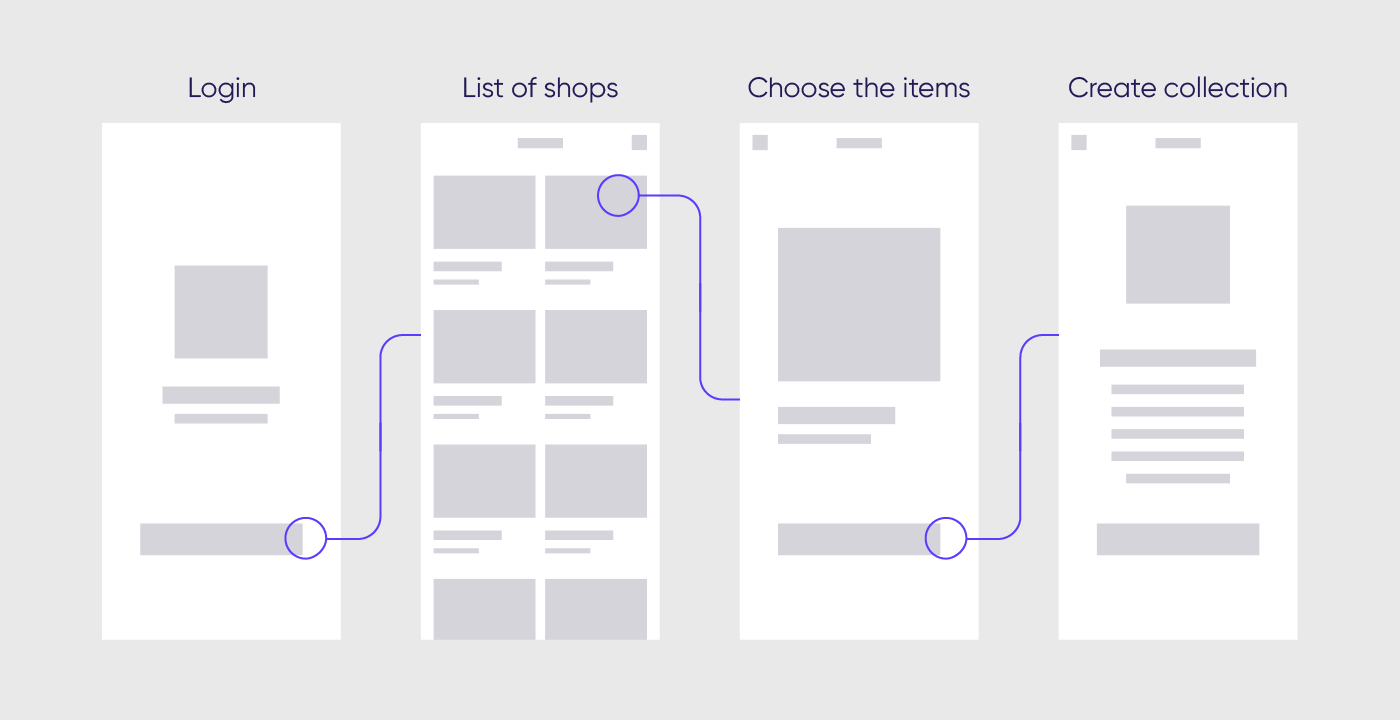 This is how the Purrweb team created low-fidelity prototype and user flows for ”Wishlist””https://www.behance.net/gallery/86523347/Social-Gift-Collections-App-UIUX”

The final step — visual design is up to UI too. How does the beautification of a prototype happen? Designers add colors, draw all the elements (from icons to illustrations), and define animations and transitions.

Check out  how we ended up designing ”Wishlist””https://www.behance.net/gallery/86523347/Social-Gift-Collections-App-UIUX”

When it’s about developing an MVP i.e the first product version — we know you want to test the business hypothesis without spending much money, so mixing the roles may help you A LOT.

Yes, there is the difference between UI and UX. No, you don’t need to google ‘UI designer vs UX designer who do I need more’. Both UI and UX can be flawlessly executed and perfectly aligned with pre-existing user needs — even by a single person. Just be careful when examining portfolios and make sure a designer can handle it.

Great UI won’t save an interface that’s clunky and confusing to navigate, and brilliant UX will be sunk by bad visual design

Share
What about free consultation about your project? Book a time!
-